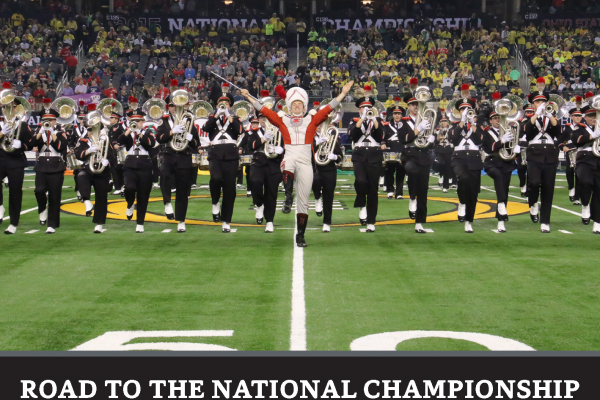 The Ohio State University Marching Band has released “Road to the National Championship, Vol. 2,” its newest album featuring music from the 2013 and 2014 seasons. It features halftime music and fan favorites heard in Ohio Stadium and around the country as the OSUMB followed the Buckeyes on their journey to claiming the first-ever College Football Playoff title. The album is dedicated to the memory of director emeritus Dr. Jon R. Woods.

The album is available for purchase on our online store.