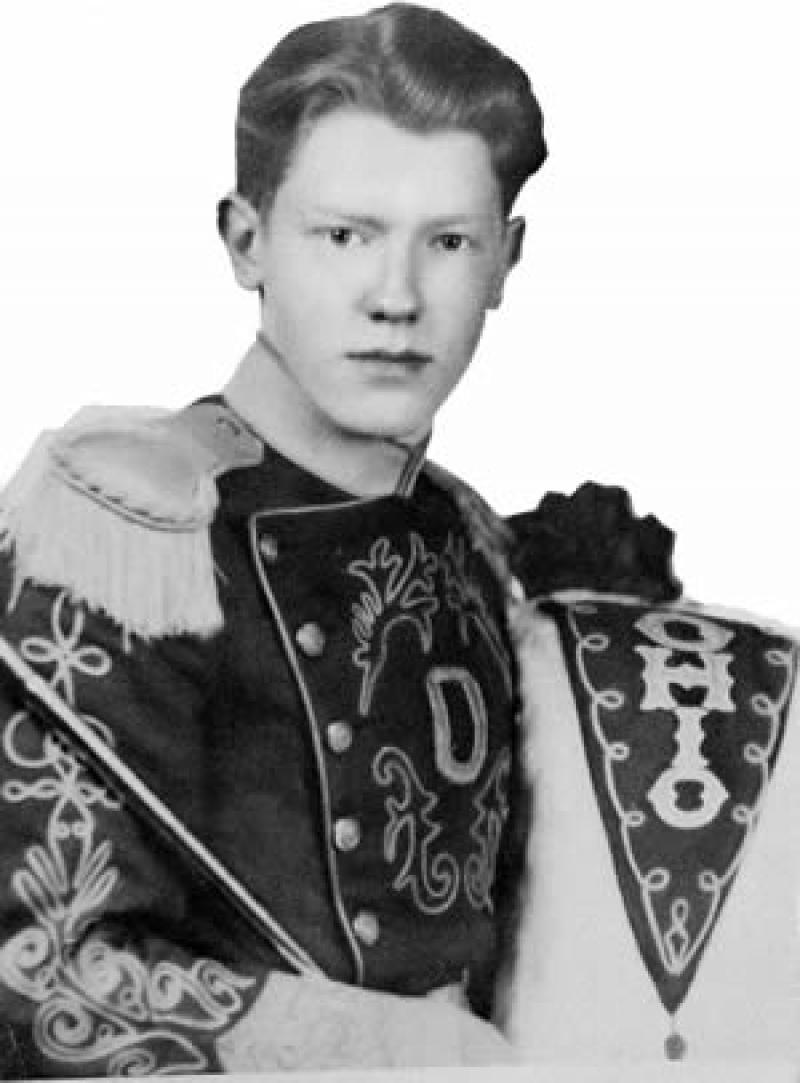 World War II was at its peak in August 1943, when Bob Gulcher, 18, received an appointment to the Merchant Marine Cadet Corps. He was to report in December. Due to the many changes occurring at the time, the OSU drum major tryouts were moved from the spring quarter to the fall, immediately prior to the football season. Thinking that this might be the only chance he would have for a long time, he decided to try his luck.

Not many contenders showed up for the tryouts, although the number was probably in proportion to the number of band members, who were also difficult to find.

Gulcher (OSUMB drum major 1943), remembering the 1943 was a year of challenges for the band, said, "We had a difficult time recruiting members. We added woodwinds and also has 'marchers,' as they were called, just carrying instruments. It was even difficult getting a drum major uniform. One was finally reconstructed out of several that were recovered from prior drum majors. Due to fuel rationing, we were unable to travel, but we held many rallies on campus and in theatres in downtown Columbus. We may have been thin in talent and resources, but we were strong in spirit!"