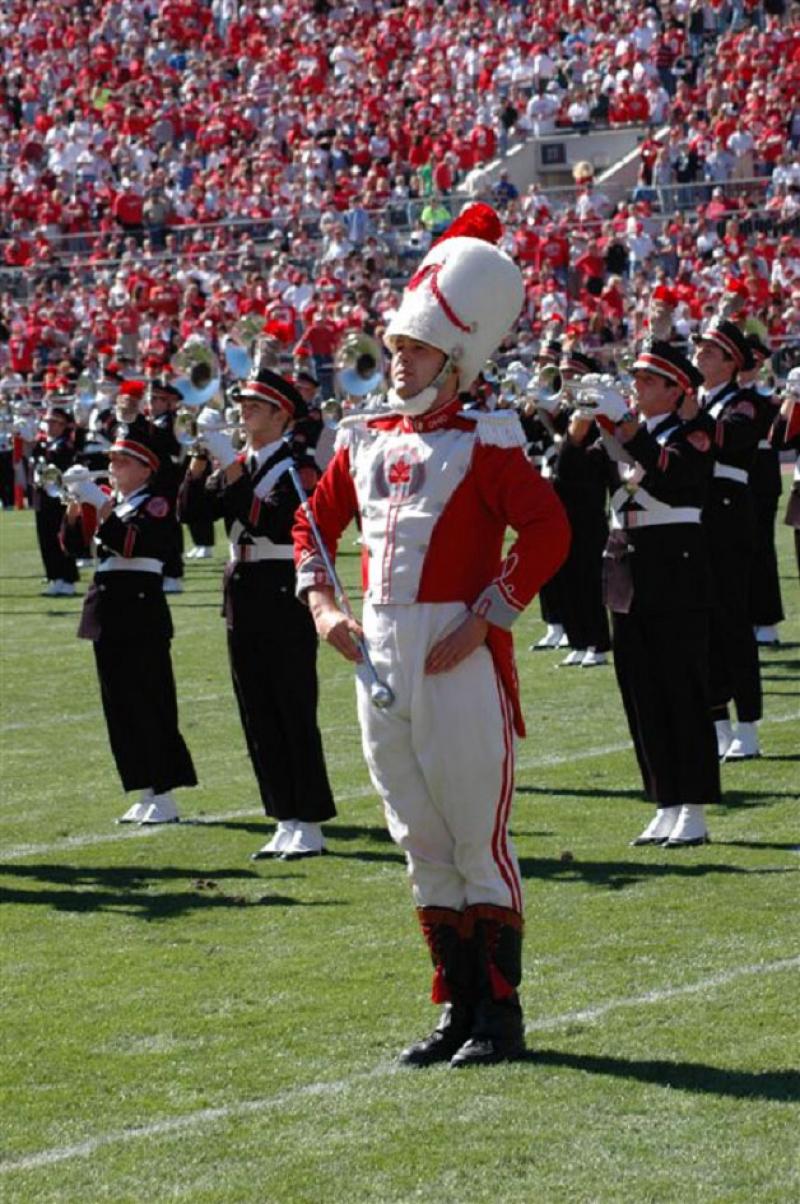 After being named drum major of Northland High School in Columbus, Ohio, Alex wanted to learn how to become a great drum major both on and off the field. “I knew that all the ‘off the field’ aspects of the job were something I was capable of.” said Neffenger. “I was nervous about the ‘on the field’ performance. My ­band director, Kate Fitzpatrick, put it into my head that if I was really going to be the best drum major I could be then I needed to learn from the best.”

After two years as assistant drum major under Kathryn Mitchell and Eric Sommer, Alexander won the head position in 2005. “I will never forget the look on my parents face when I won.” said Neffenger.

For Neffenger, winning the spot was all about consistency. Being very tall is often an advantage, but not always for a drum major. “Gymnastics was always a struggle for me. While other drum major contenders around me worked on back-hand springs and back flips, I worked on just doing a solid performance with the techniques I was good at.”

“The biggest lesson I learned from being drum major and the competition to earn the spot is that you are not entitled to something until you have earned it. In the case of drum major it’s a combination of preparation, determination, support and timing.”