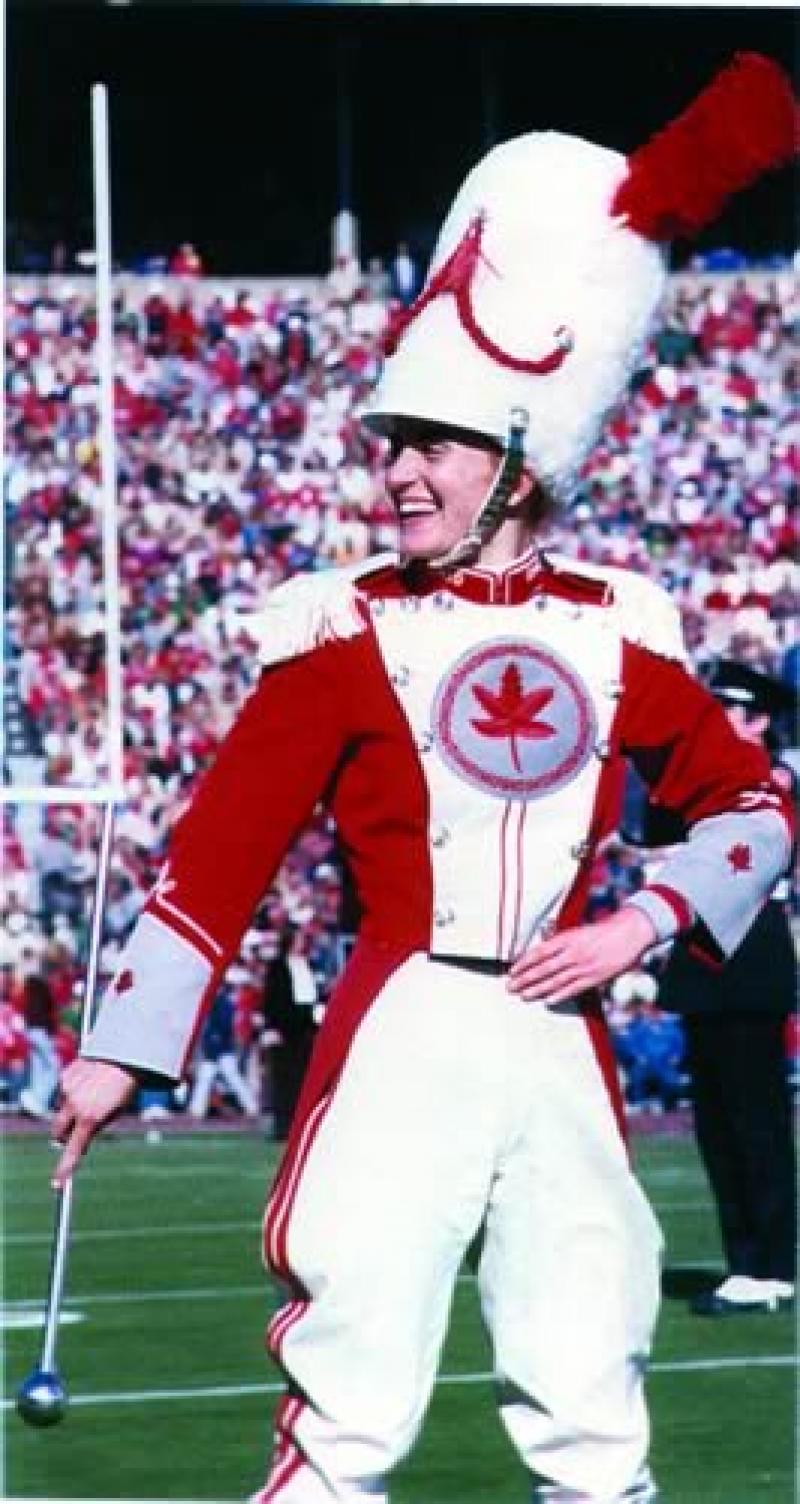 The tradition of a male drum major at Ohio State, traced and documented since 1878, ended in 1981 with Shelley Graf. In retrospect, "The Man Up Front" showed the development of techniques, exaggerated movements of the body, and baton twirling innovations. So why not a female? In 1970, it was estimated that some six million girls were performing as drum majors and majorettes across the United States and Canada. But not until 1981 was there a female drum major in the Big Ten. This was Shelley Graf at Ohio State.

Born and raised in Sugar Grove, Ohio, Graf began twirling a rubber-tipped baton at age seven. Later on in her teenage years, she began competing in baton competitions and ultimately was the head majorette at Berne Union High School for three years. Shelley entered Ohio State in 1978, majoring in physical therapy. She enjoyed going to the football games and watching the band, and really began to miss twirling. She had known Dwight Hudson in high school and talked with him about the drum major position. In 1979, she became a member of the drum major squad and was able to learn the responsibilities of the position. In 1980, Shelley was named assistant drum major, another first for The Ohio State University Marching Band, before being named drum major in 1981.

The year as drum major held many fascinating, unique and outstanding memories for Graf. In Sugar Grove, her hometown, the mayor proclaimed "Shelley Graf Day." Festivities included a parade and an awards banquet where she was recognized by several local officials. Also, the village placed signs at the entrance to the town stating its one claim to fame: Shelley Graf. Later in the year she was honored by the Ohio Legislature, where Senator Valiquette presented a resolution in honor of her being the first female drum major at The Ohio State University.

Being "The First Lady" drum major was at first difficult for some band members to accept, and Graf took her share of kidding during rehearsals. This did not, however, sidetrack Shelley, as she gave excellent performances in the true tradition. She did everything with finesse, making difficult tricks look easy and easy tricks look difficult. She developed tremendous speed with the baton, which allowed her to perform to fast tunes with ease, excelled in showmanship, and established a rhythmic style all her own.

Shelley continues to perform each year at the alumni reunion game. One of Shelley's most memorable honors was leading Dr. Droste out to dot the "i" in Script Ohio after he left the band in 1983.