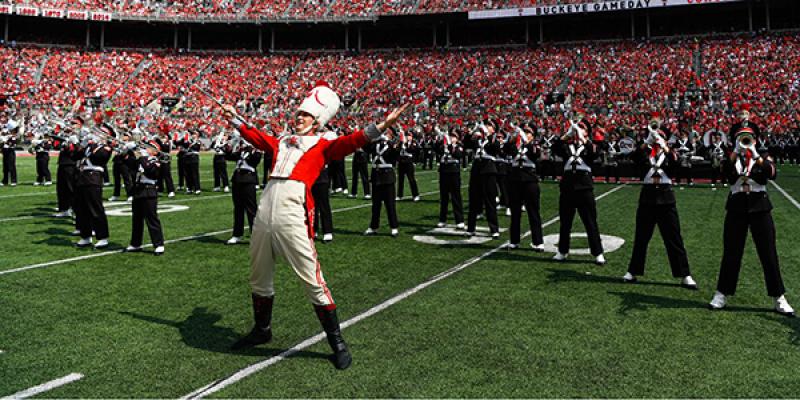 Konner Barr, a strategic communication major from Gahanna, Ohio, is the 62nd drum major of The Ohio State University Marching Band. He has been twirling for 15 years, and prior to coming to Ohio State, he was drum major at Gahanna Lincoln High School for three years. Barr was on the drum major training squad his first year at Ohio State, and was assistant drum major in the 2016 and 2017 seasons.