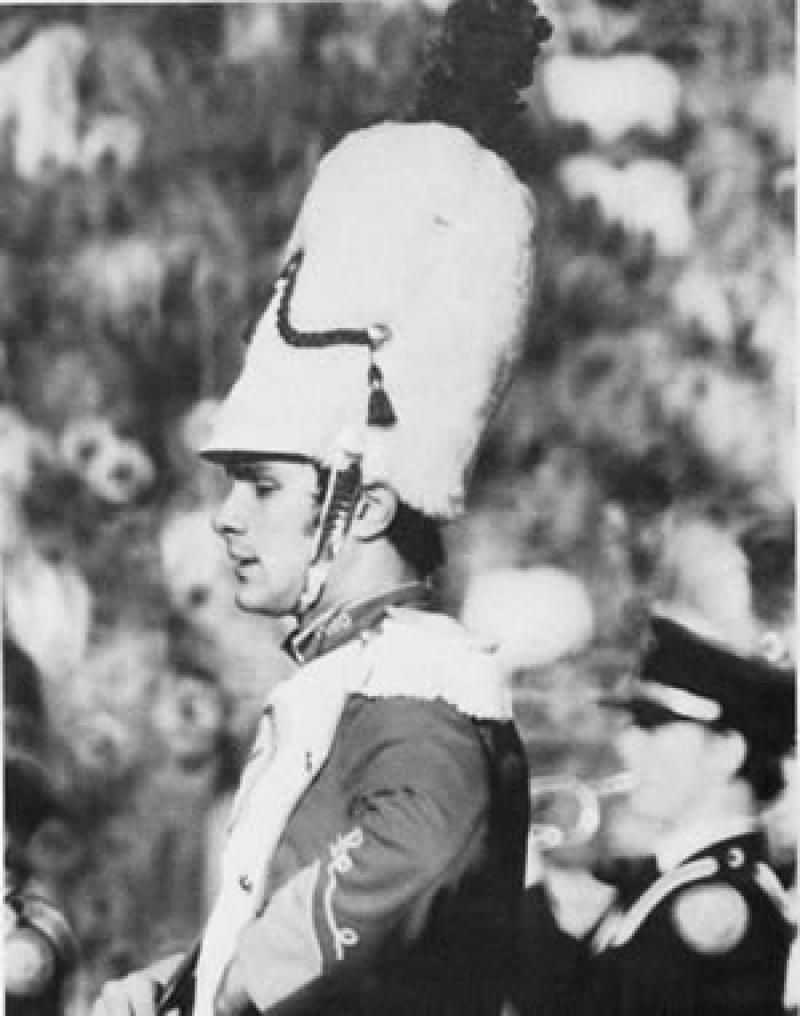 Barry Kopetz, a Columbus youth, was determined to get the most out of life through study and hard work. Drum majoring was one stepping stone in his field of music. When Kopetz first tried out he finished at the bottom of the heap. "I personally discouraged him from trying out again," recalled Director Paul Droste, "and rather than taking that as an insult he took it as a challenge. He worked so darned hard he became good ... he was a self-made drum major."

He specialized in fast moving routines. In a minute's time an average drum major may use ten tricks. Kopetz would use twice as many and due to his superb physical condition, maintained smoothness and confidence.