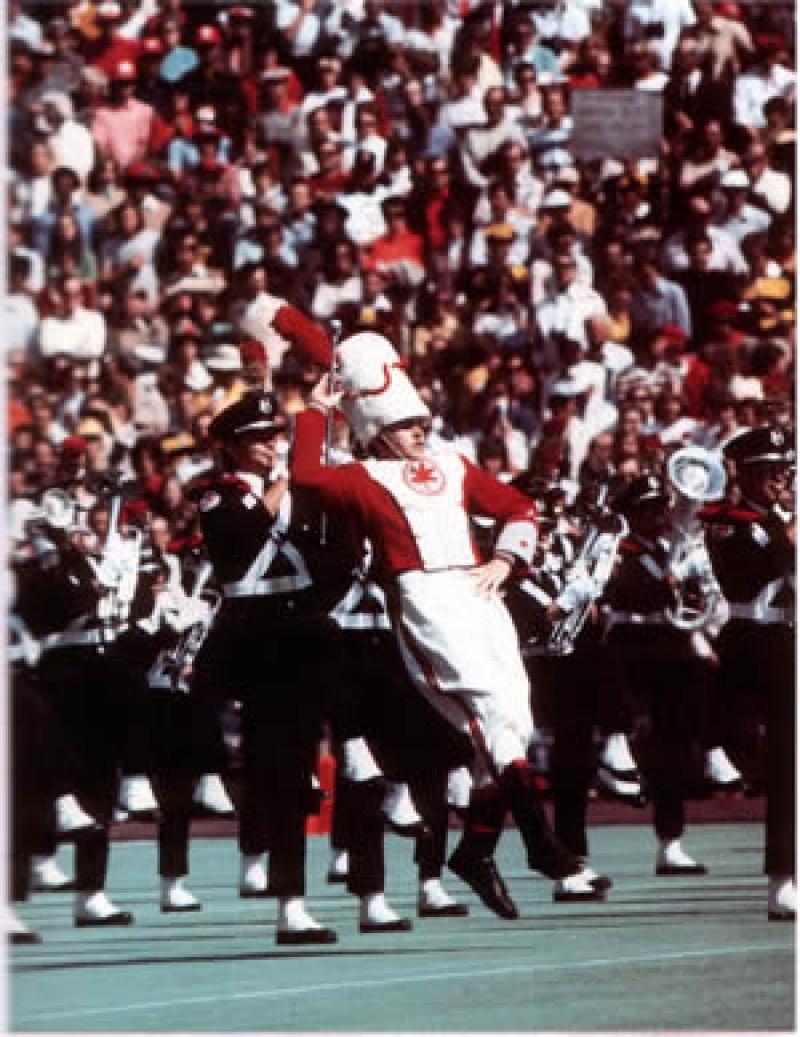 Doug Secrist was a student of Tim Burke. Secrist, Burke, Kopetz and Gammage, all attended Walnut Ridge High School, Columbus. The three from OSU were assistant drum majors before winning the top position.

The assistant drum major today has different responsibilities than in the '30's. His duties then were to pace the distance between players during rehearsal of the formations, to serve in some managerial capacity, to play in the band (if he was a musician) and to be a standby alternate for the drum major in case of emergency. On occasion the assistant would perform in specialty numbers with the head drum major.

When Secrist was assistant drum major, he led the band in the Rose Bowl Parade. He also shared leadership of the band with the head drum major at the pep rallies before home games.

Secrist's year of training under Gammage paid off in May 1976. In the drum major tryouts, he had an excellent score in the five required categories: traditional ramp entrance, twirling, aerials, goal post toss and overall showmanship. As drum major he had the honor of leading the OSUMB in the Orange Bowl Parade and the pregame and halftime shows.

Secrist was a polished, well-disciplined, accurate performer. He concentrated on strutting and down field performance, but lacked the charisma that his assistant, Dwight Hudson displayed. In the spring tryouts of 1977, Secrist equaled in performance of Hudson, but was unable to match him in showmanship requirements. Hudson showed more exuberance in the eyes of the judges.