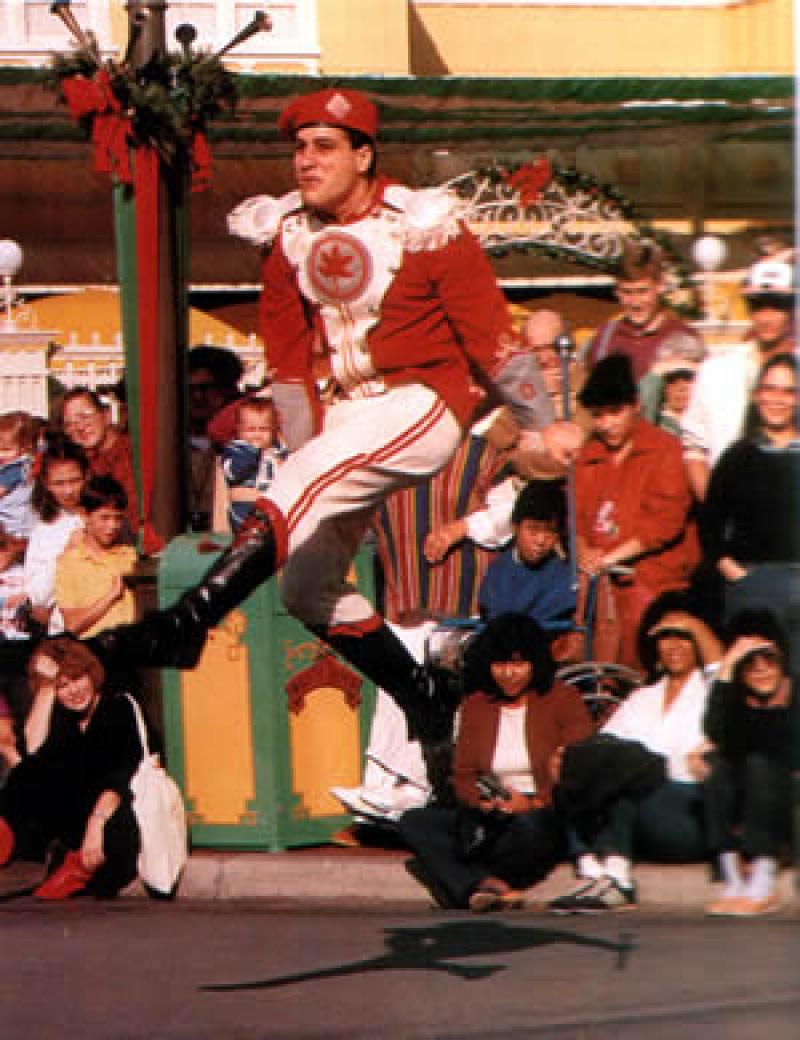 Andy Marks took over the position of drum major in 1984 and enjoyed almost a perfect season. The football team was playing great, and Andy was entertaining the fans effortlessly. When the big game came late in November, a lot was riding on it. "I didn't think anything could be more exciting than being named head drum major at spring tryouts Marks said. "That was until I stood in the tunnel waiting to make the Ramp Entrance for the Michigan game. Not only was this the season home finale, but a victory would send us to Pasadena on New Years Day! As was hoped, the band and football team performed flawlessly."

The ramp was exhilarating, the script was met with a standing ovation and the victory was celebrated by 225 band members and 10,000 fans dancing on the field to the sounds of “California, Here I Come.”

The Rose Bowl was a pivotal point in Marks' career as drum major. After his performance, the decision was made. "After completing the halftime show at the Rose Bowl, I sat in the stands and looked back on a perfect season: we received the Sudler Trophy, having been named the outstanding marching band in the country; we defeated Michigan at home; and we went to the Rose Bowl," Marks remembered. "I decided at that moment not to tryout again next year. Even though I led the band for only one year, I gained a lifetime of wonderful memories.”