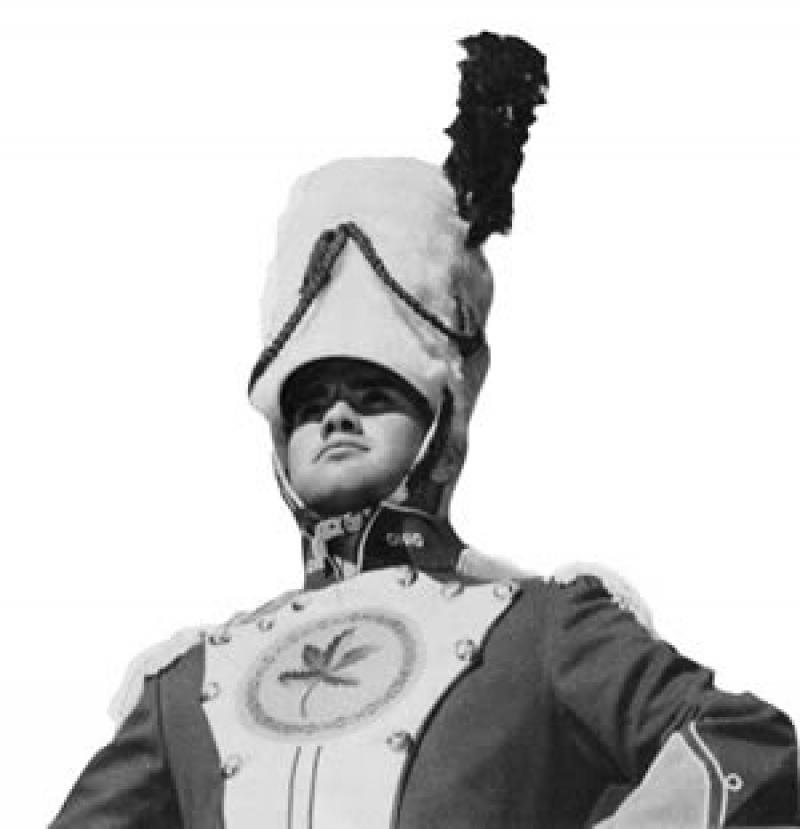 Ben Kline (OSUMB drum major 1962) served with the band three years before being out in front. He enjoyed the band but was not especially taken with any feeling of personal prestige when he became drum major. Bandsmen and assistant drum majors working their way up would agree not all experiences were pleasant. "Historically, drum majors were clowns leaping and cavorting to inspire or amuse marching soldiers," said Kline. "I always kept that tradition in mind and never took myself too seriously, honored the position or treated the drum major as a very special person. Professor Evans frequently expressed the view that at Ohio State, if not every band, the drum major was not to be so showy or outstanding as to take away the audience's attention from the musicians. He once lectured me on this, over his PA system in front of the entire band, after I had tried a back bend during the playing of A Mighty Fortress is our God in a stationary formation. The drum major is out there to be seen but not to do anything,' he said. 'It was only the band that counted.' This was an embarrassing incident, but I basically agreed with Evans' view."