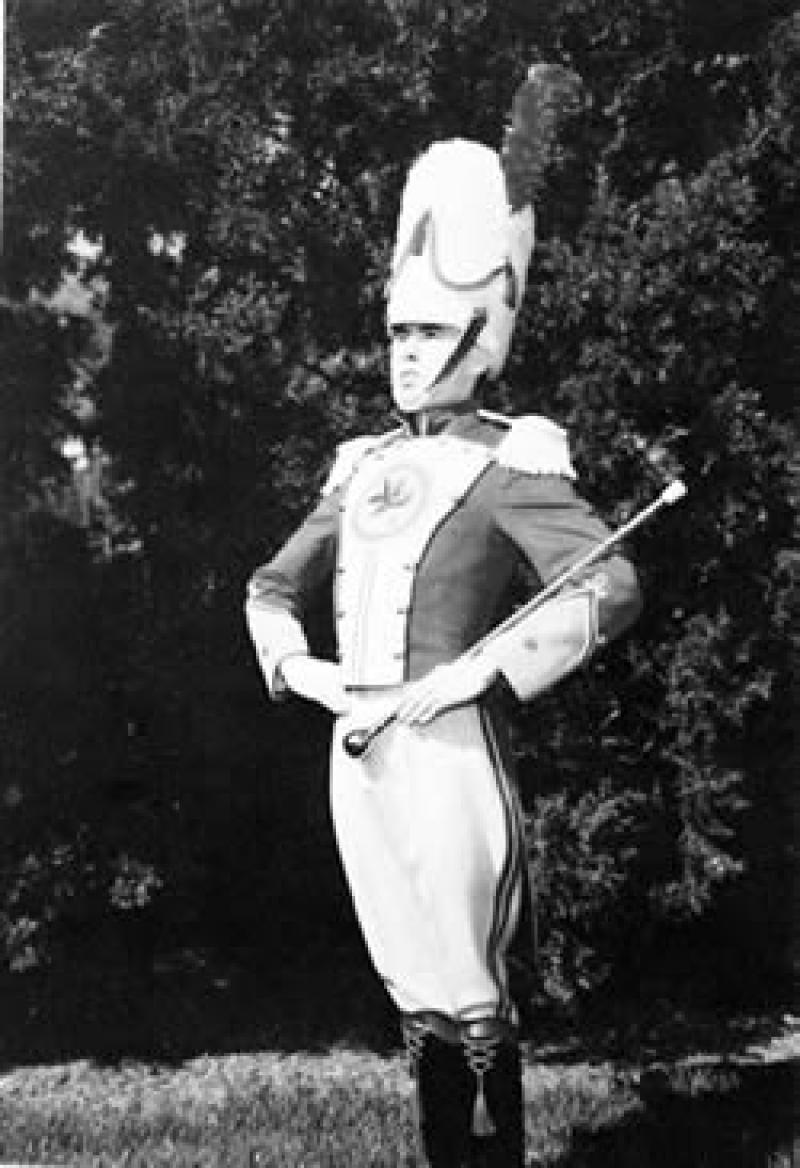 While drum major in high school, Terence L. Burton (OSUMB drum major 1961) began preparing to be head drum major of the OSU Marching Band. He learned the art from former national twirling champion and head drum major at Michigan State, Ray Stewart. Burton worked hard to become a drum major at OSU because he felt, "State is the best, and that's what I wanted — to lead the best and I got my chance."

"I was a little to the left-of-center in my interpretation and execution of the role as head drum major," explained Burton. "I had a very strong sense of performing my art with excellence. I was just where I wanted to be."

"My sense of pride in leading the famous OSU Marching Band was matched only by the roar of 80,000 fans in Buckeye Stadium as the band came out of the ramp. I always felt as if I were being swept down the field on the great exuberant waves of Ohio spirit."

Burton's biggest disappointment while drum major happened at the end of the season when "the OSU faculty declined the Rose Bowl bid. We didn't go — my year as head drum major!"