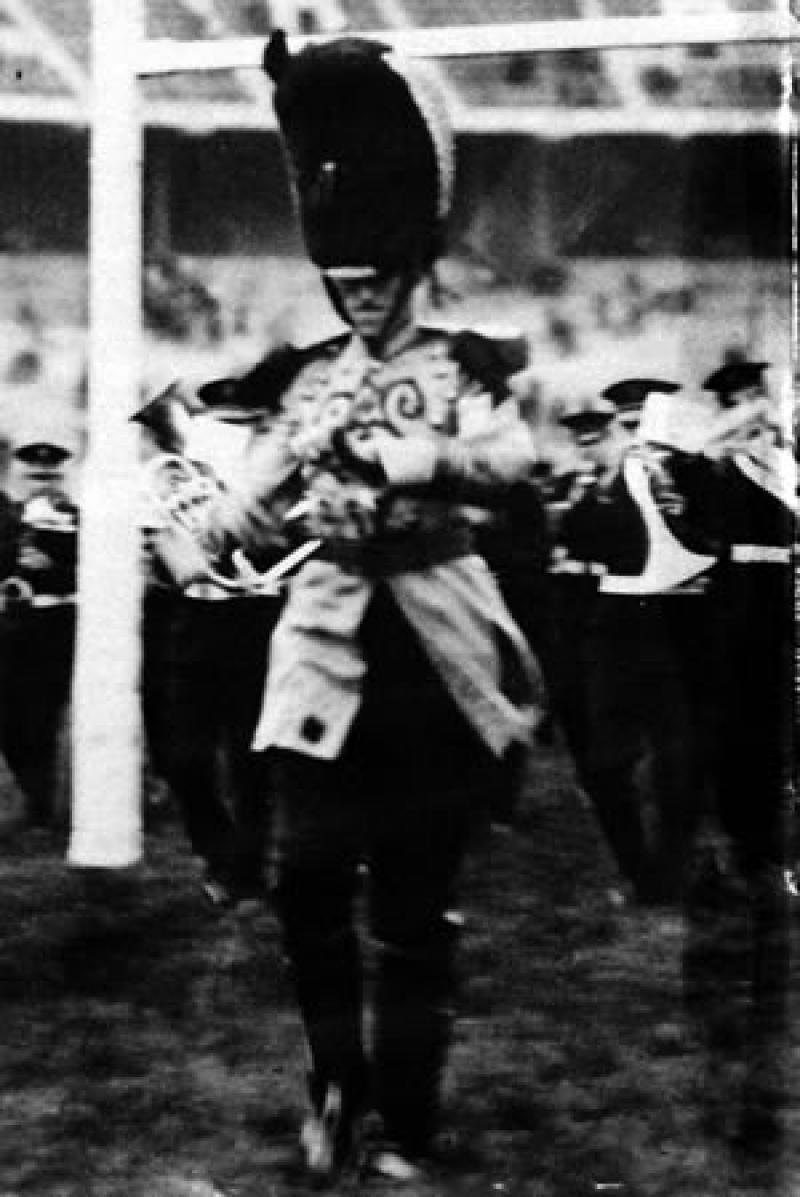 Drum Major tryouts were held for the first time in the fall of 1923. The popularity of the position, established by "Tubby" Essington, plus the added excitement of marching in a new stadium, at that time the "largest in the world," brought out numerous candidates. Augustus (Gus) Hall was the man selected.

"When I won the post of drum major of the marching band, I decided to be the reverse of Tubby. As he was short and fat: I was tall and thin. Billy Ireland dubbed me the 'Tall Boy in the fat hat'," Hall said.

"Tubby and I were not intimate. He was an upper classman and we belonged to different fraternities. He did not teach me. I had a special tutor — a Shrine Band drum major, George Lewis Behrens, of Columbus, who taught me to spin the stick, beat time the way I did, and throw the baton over the goal posts," he said. (Behrens never marched on a football field but tossed his baton over trolley wires on the downtown streets of Columbus.)

"I chose a uniform opposite to Tubby's. My shako was black, his was white; the scarlet and gray blouse and pants were reversed. He beat time up and down in the most customary manner. I beat time with a forward thrust, then a sweep to the extreme right, back again, and again a thrust forward. I also spun the stick using two hands and threw the baton over the goal posts with a backward spin, the baton executing three loops in the air before being caught six paces forward from where it had been thrown," Hall said. (The baton was grasped near the point end.)

Ever since Hall introduced the four beat thrust movement to the tune of Buckeye Battle Cry and the goal post toss, every drum major at OSU has been required to execute these movements.