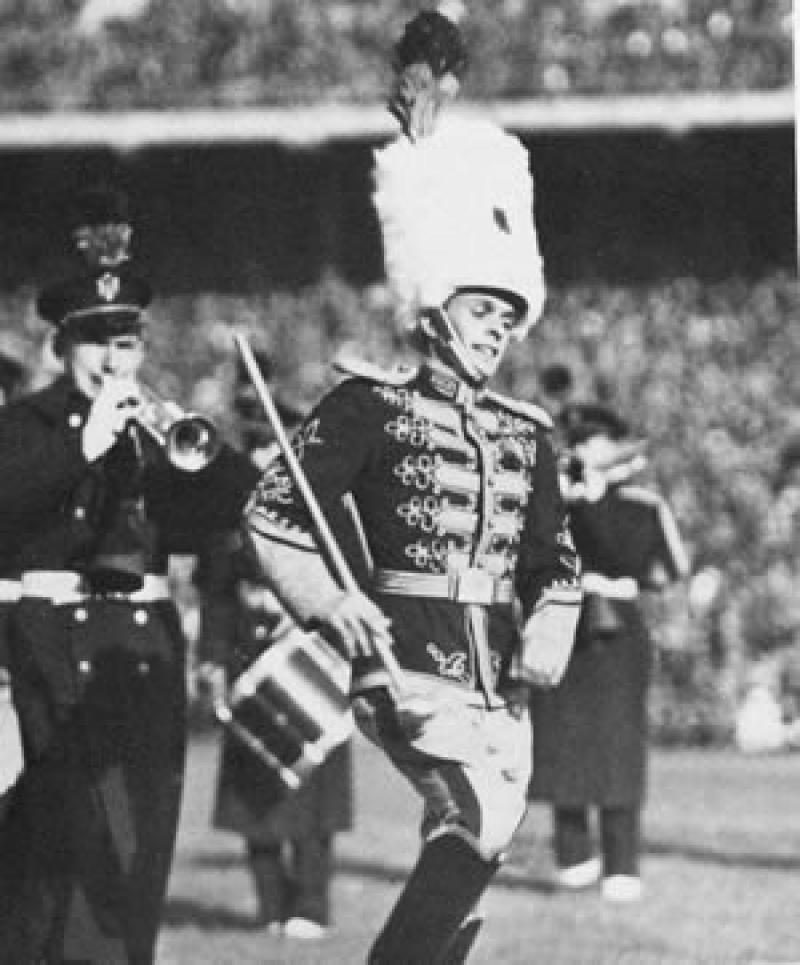 Wesley Leas (1936-37) joined the ever-popular Boy Scout movement at the age of 12 in his hometown of Delaware, Ohio. The following year he attended Camp Lazarus where, as a pastime, he joined the "Stick Twirlers". Leas, like several of the drum majors before him, was a Boy Scout usher in The Ohio State University stadium at Saturday football games. Wearing his khaki colored knickers, campaign hat and the color of his troop, the young lad stood amazed at what he saw around him. The spectacle of color, mass movement of bandsmen marching to the sound of music, gave him the determination to become a music student. He studied trumpet along with baton and played and performed for his high school events.

Floyd Behrens, a resident of Delaware and a former drum major from Ringling Brothers Circus Band and the Masonic Shrine Band, taught him several tricks. The one-hand spin over the back of the band was changed to the little finger flip. Faster movement was the result.

Even though Leas was determined to go to Ohio State, he didn't have the money to attend. The Depression years were years when his father was out of work much of the time, and he couldn't afford to send his son to college. Nevertheless, his father was persistent in his son's behalf and took him to see the Band Director, Eugene J. Weigel. Dr. Weigel was so impressed with Leas that he offered him an Ohio State scholarship for his first two years. When Leas' father regained his employment, he assumed the payment for the remainder of his son's education. 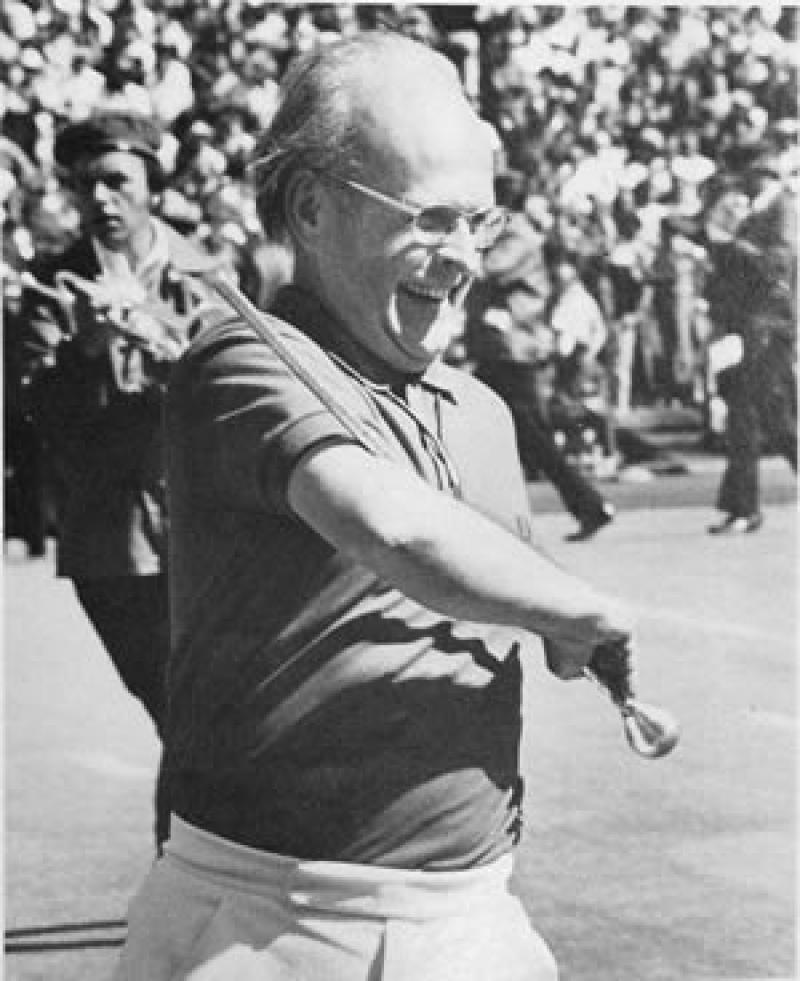 Leas brought to Ohio State a lighter and faster baton than his predecessors had used in the stadium. His was an all steel baton with an over-all length of 36 inches, with a 7/8-inch thick shaft and three-inch ball, manufactured by Leedy Company (later Leedy-Ludwig).

Baton twirling was becoming popular across the United States and Leas was the most celebrated drum major for OSU who could perform on stage or in the stadium. He was the smallest (135 pounds), but managed rather effectively his four-pound, 24-inch high hat. His projected chest and handsome smile were matched by his baton skills. He was the showman and was considered by many to be the "best dressed". This young man introduced the fast high step when the new tempo for Buckeye Battle Cry was increased to 160 beats a minute in the pre-game show. The high step later evolved into the high strut when the tempo increased to 180 beats in 1939.