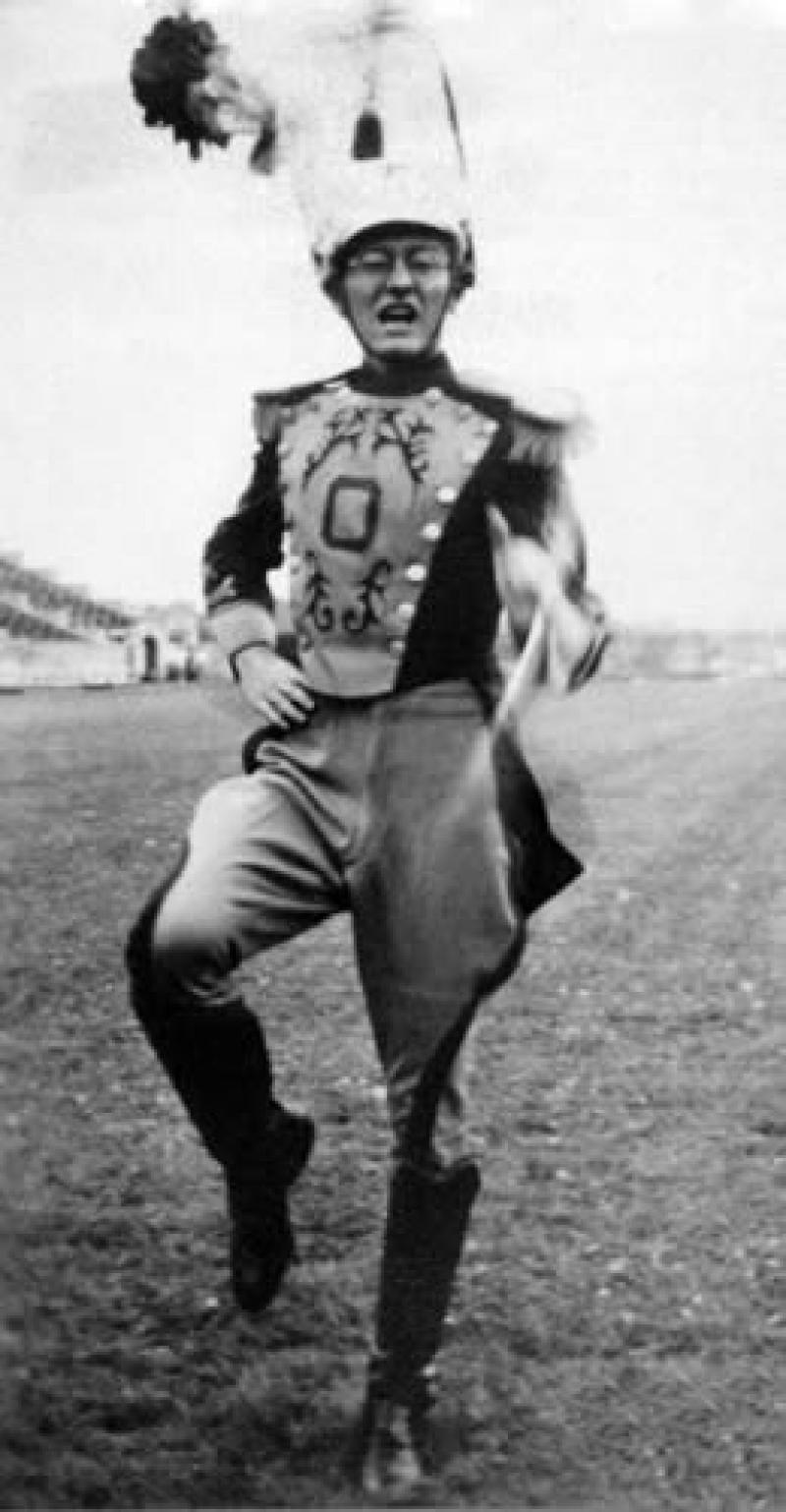 Beverley Moseley grew up in Columbus, Ohio, surrounded by many of the influences that affected some of the other drum majors, especially Saturday afternoon OSU football and Scouting. Had it not been for Boy Scouting and subsequent ushering in Ohio Stadium, his head would probably have turned other directions. At the impressionable age of 13, the drum major at Ohio State was the top of the ladder and he was determined to get there.

Fortunately, the young boy found several instructors who started him off in the right direction. His cousin, Milton Shetler, a graduate of the Eastman School of Music, taught him rudiments of baton and drum majoring. Shetler had been teaching in West Virginia when he was drafted during World War II and was sent to the Fifth Service Command as Director of Bands at Fort Hayes in Columbus.

Not satisfied, Moseley searched for more instruction. He found no one to help him until one cold November Saturday morning when he was heading toward the stadium to join other Scout ushers. He stopped to observe the OSU band, posing for their annual group picture on the steps of Page Hall. After the picture-taking, the bandsmen resumed their march back to Rehearsal Hall. Bracing himself, Moseley followed the tracks of the drum major. Before the band disappeared in the building, he managed to approach the drum major on subject of lessons. Jerry Johnston consented. "Saturday morning, 9 o'clock sharp. One dollar a lesson."

While a junior in high school, he went to the OSU campus to observe the drum major tryouts. Band director Weigel saw him and asked if he was a drum major. Moseley answered, "Yes.” With that Dr. Weigel grabbed him by the arm, shoved a baton in his hand, and put him in the contest. He won!

This victory, even though he was disqualified, encouraged the young man to keep his sights on the position and he tried out again. The next time he wasn't so lucky. In 1945, in senior year in high school he lost to Joseph Myers. The next year, as a college freshman, he beat out a field of 12 contestants, and lost to his assistant in 1947.

One of Moseley's difficulties could have been easily corrected with better equipment. Because of the war, there was restriction on the production of batons due to the shortage metal. Declared non-essential, metal batons were so scarce Johnston sold Moseley one of his batons. The baton, a Leedy, had a length of 36 inches, 3/4-inch diameter, and weight 24 ounces. It was far too big around for his fingers, much heavy for speed and too long for throwing the high toss. However, that was the tradition, right or wrong.

Most of the OSU drum majors before Moseley suffered unknowingly from the "big stick," except those who were very tall. The Clark (later Selmer-Clark) Company began producing a smaller metal baton in 1936, which revolutionized baton twirling and eventually made its way into the stadium. More speed, accuracy and maneuverability resulted in the '50's. Just in time, too, because the drum majors during that period were short and would have had difficulties with the longer and heavier baton.

Moseley felt that his contribution to the band during four years was not so much as a drum major but as an art He lent his skills in reproducing charts and designing props for what he considered were "the wonderful years of '47, & '49, topped off with a trip to the Rose Bowl."