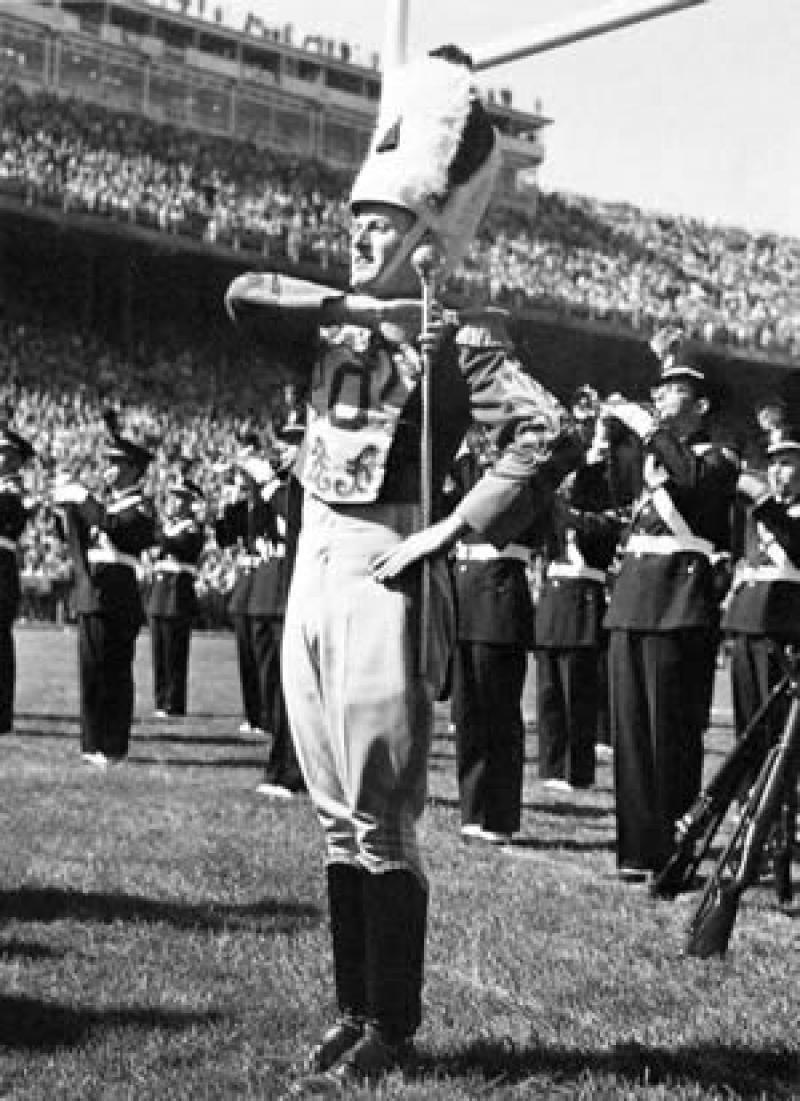 Many of the drum major candidates in the early '50's were veterans of many frustrating tryout attempts. Jimmy Spencer, (OSUMB drum major 1951) from Miamisburg, Ohio, was one of those band members with intestinal fortitude. He never gave up.

Tryouts can be difficult things to assess, because the mental pressures, as most drum majors will attest, far exceed the physical exertion. Spencer was the nervous type, yet mild mannered for a "redhead," with a quiet disposition. He could do the most difficult stage routines under hard lights on a small stage, executing his performance in a flawless manner with an artist's perfection. On the field in tryouts, however, he would lose all sense of confidence, dropping the stick many times, and would virtually hang his head in shame. After four years of defeat and a lot of coaching, he won the post in 1950 over nine other contestants. But his luck seemed to be against him again. A few weeks before football season began, he broke his thumb while practicing, and was out of action for the whole season. His assistant, Dale York, was promoted to head drum major. The following year (1951) Spencer was given the pose he deserved. He went on to do a superb job up front.