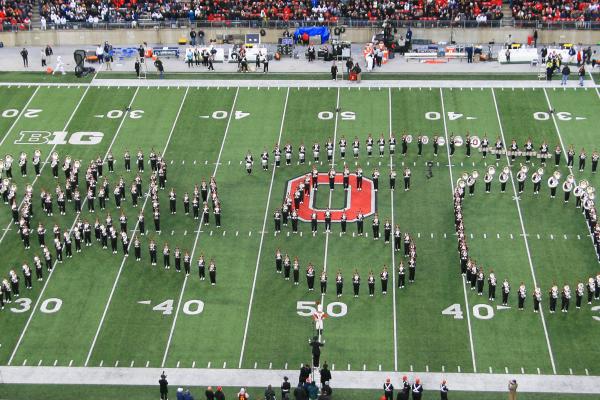 TBDBITL brought the magic of Hollywood to Ohio Stadium for the halftime performance during the Ohio State-Penn State game. The show, titled "50 Years of Cinema," went back over the last five decades of movies, highlighting blockbuster hits such as You Only Live Twice (1967), Saturday Night Fever (1977), Dirty Dancing (1987), Titanic (1997), Transformers (2007) and Beauty and the Beast (2017).

Songs included "Stayin' Alive" from Saturday Night Fever, "Hey! Baby" from Dirty Dancing, "My Heart Will Go On" from Titanic and more. The band also recreated iconic movie scences such as James Bond hanging onto a helicopter, the Titanic sailing across the sea and Lumiere dancing to "Be Our Guest."