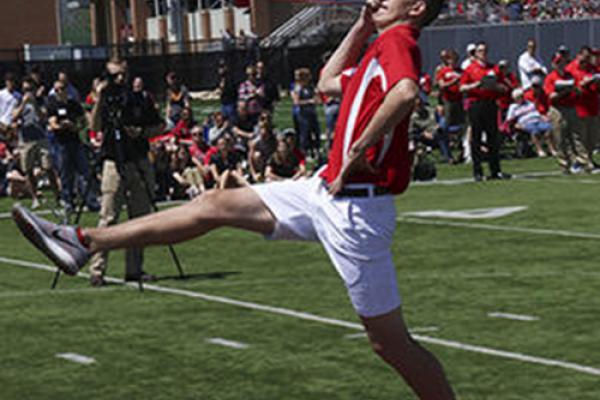 “It’s truly exciting,” said Barr. “This is something that has been a goal of mine since I was little. It’s going to be amazing.”

After 30 credit hours, Barr was able to transition to the Columbus campus for his sophomore year. He said he misses the professors at the Newark campus, and he will always be thankful for the opportunity that he got in Newark to pursue his dream.

“Many don’t realize that you can spend one or two years in Newark and then transition to Columbus. They also don’t realize that you have access to all things Ohio State on the Newark campus. You are a Buckeye here,” said Barr. “If you are accepted to a regional campus, take the opportunity, or you’ll never know what it’s like to be a Buckeye. Don’t waste the opportunity to be a Buckeye.”